High time to know the shocking truth about chicken for food 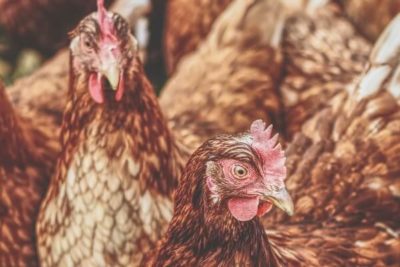 It’s high time to know the shocking truth about chicken for Food. We talked about “Free range” and how the industrial egg-laying chickens are raised. Now we’ll talk about the truth – how chickens are raised for food that the animal industry never reveal to you.

High time to know the shocking truth about chicken for food

Chickens are among the most abused animal out of all the farm animals. It’s high time to know the shocking truth about chicken for food.

In the US alone, we slaughter 9 billion chickens (along with half a billion turkeys) every year. Chickens represent more than 95% of the animals killed for food.

Through the 50s, chickens were raised in traditional “free range” ways with no more than 60 birds. They could go outside, nest, roost, and share space according to their natural behavior.

However, modern industrial farming companies give zero opportunity for chickens for food to behave naturally. Chicken for food is called broiler. Commercial chicken productions are designed for efficiency and maximum profits with the least expense. Faster and more productions are better.

Hence, the welfare of chicken for food is disregarded by profits.

Many people believe that chicken is healthier to eat than red meats – especially the breast meat. Over the last 50 years, Chicken consumption has increased dramatically (more than 300%). Hence, the animal industry created “broilers” to catch up with the demands.

The growth speed of chicken for food

A rapid growing practice is detrimental. Broilers reach the weight for slaughter at just 6 or 7 weeks, outstrips the development of their legs and organs. The death toll is very high. The abnormal growth causes numerous issues.

For example, the difficulty of walking (26–30%), crippling, and painful skeletal deformities. The overburdening of the underdeveloped cardiopulmonary systems often causes congestive heart failure. It happens even before they are 6 weeks old. How fast rate is it? If humans grew at the speed, they would reach 660 lbs! Chicken for food is abused by food manufactures.

Primarily a mix of corn and soybean. Certified animal nutritionists formulate the meal to ensure each chicken gets the right nutrients at the right time.

Chicken feed changes as the chickens do. But it never contains added hormones or steroids. In fact, all the chickens you buy are free of added or artificial hormones and steroids.

Federal regulations prohibit the use of added hormones and steroids in all poultry. To put a label of “Raised without hormones”, the manufactures must include the following statement: “no hormones are used in the production of any poultry raised in the United States”.

It’s another meaningless marketing lingo that chicken companies can charge you more for profits. No added value but the extra cost to you.

However, sick birds are treated with antibiotics or other medications. These chickens then go through a withdrawal period before slaughter to make sure no medication in the meat.

Chicken production is typically carried out at “complexes”. Each complex contains a feed mill, a hatchery, a processing plant, and chicken farms where the chicks are raised, usually in a 30-40 miles radius from the processing plant.

The hatchery building is like a chicken house except it contains many small houses set inside it. It houses a flock of thousands of chickens.

When the hens are ready to lay, they seek shelter in the coop. The eggs are collected from the coops and taken to incubate. The breeder hens live for about 45 weeks and considered unproductive afterward. It’s all about efficiency for profits. The “spent” hens are slaughtered and usually used for pet food or cooked diced meat such as soups for humans.

The eggs are kept warm and begin to hatch in about 20 days. Shortly before hatching, the eggs are transferred to drawers. Trays of newly hatched chicks get vaccines against diseases. Then debeak – beak clipping would be done.

Beak clipping: The birds are unable to roam, to scratch, or, indeed, to avoid each other at all. Since a chicken’s beak is filled with nerves, female chicks are “debeaked” at a day old. It doesn’t matter whether caged or free range. It prevents the abnormal feather-pecking that can result from the stress of confinement in the cage.

Contract farmers receive chicks from the hatchery and house them in climate-controlled chicken houses.

No space: Broilers are typically kept in a single, closed, cramped broiler house, packed with 25,000 chickens. On average, the space per chicken is only slightly larger than a sheet of letter-size paper.

This crowding can result in scratches and sores from being forced to walk all over each other. To keep them inside is to protect them from the weather, predators, and diseases.

Constant lights: The lights are kept on constantly in the buildings. It can stimulate eating and unnaturally rapid growth and limits the opportunity for chickens to sleep and rest – all of which lead to serious health problems.

Health and cleanliness: Since more than one flock is kept on the same litter, floors will be covered in the waste of thousands of chickens. The chicken excretions pile up, and the resulting ammonia fumes. The smell becomes so strong that they burn the birds’ eyes and blindness results. The proliferation of Salmonella bacteria and arsenic (known for causing cancer) cause threats to human health.

Free range: To be qualified as “Free range” eggs, chickens must have access to outside. It doesn’t matter whether the chickens choose to go outside or not. In fact, those animals would die due to the heat if they go outside. So why do you pay more for not-so-free-range chickens? Less than 1% of chickens nationwide are raised as “free range”.

The more efficient facilities kill some 8,400 birds per hour thanks to the result of automation. Machines run by humans automatically stun the birds, cut their throats, and scald and pluck them.

At the processing plant, workers strap the live chickens into leg shackles on a moving rail, from which the birds hang upside-down as they move on to baths of electrified saltwater, which stuns them. Some people believe it is to make further processing easier, not for desensitizing.

About 20 birds occupy the “stun cabinet” at a time, and they remain in the water for about 7 seconds to be stunned or paralyzed. Then workers cut their throats with a blade.

After bleeding them out, chickens are plunged into a scalding bath (in hot water) for feather removal. This makes the removal of the feathers easier.

The carcasses move to automatic feather pickers, which are moving rubber fingers that rub off most of the feathers. Then they are scalded again and run through another feather picker. Lastly, a specialized machine removes the wing feathers.

However, this process sometimes might result in the rapid recovery of the chickens. Unfortunately, it leads to boil chickens alive in the scalding bath.

The de-feathered carcasses pass to a washer to scrub the outside of the body. The feet and head are cut off, and the carcass is conveyed to the evisceration area. Then they are cut open to remove the viscera (internal organs) and washed again inside and out.

The cleaned carcasses are sent down a / chute and immersed in a “chiller” of cooled, chlorinated water for 40-50 minutes. The entire slaughter process takes only about an hour, and most of the time is by the chilling.

Once the internal temperature of the chicken reached 40° F (4.4° C) or lower, they are passed to a cutting room, where workers cut them into parts, unless they are to be packaged whole.

Some would be cooked for foods such as soups and some such as meat from backs would be processed separately for hot dogs or cold cuts. The meat is packaged by workers at the processing plant, loaded into cases, and stored in a temperature-controlled warehouse.

A large number of feces by 20,000 chickens at the farm produce ammonia that can cause disease and distress in the workers and chickens themselves (unless the chicken houses are not adequately cleaned and ventilated). They cause an increase in the fly population, the odor, and toxic water run-off by excessive nitrogen and phosphorus in surrounding areas.

Chickens are exempted from the USDA’s Humane Methods of Slaughter Act. More than 95 % of meats for food are chickens. And it doesn’t apply to chicken. What’s the point of having the regulations?