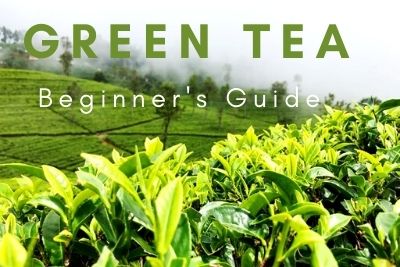 Green tea and black tea are very popular, yet we don’t even know the world of tea much. Tea is deep and great quality tea is sincerely refined and tasteful. Let’s dig into the world of tea – green tea 101.

Not all the tea we know is true tea. Let’s clarify the difference between true teas and herbal teas.

“True teas” are made using leaves from the tea plant known as Camellia sinensis. Teas made from any other plants are not technically true teas.

In fact, herbal teas aren’t actually real teas. Instead, herbal teas are infusions. They are made either from steeping spices, herbs, and roots in hot water. These ingredients can also be combined with true teas at which point they’re known as flavored teas.

What makes it green tea?

Green tea is the oldest type of tea. Green tea and black tea originate from the same exact plant species – Camellia sinensis. What sets the processing of green tea apart from the rest is that it doesn’t involve oxidation (though it’s technically slightly oxidated).

Green tea is considered to have originated in China. China’s Yunnan province is considered to be the original home of the Camellia sinensis plant species. In fact, 260 of the world’s 380+ varieties of tea can be found in Yunnan.

There are many stories about the origin of green tea:

While all green tea originates from the same plant species, there are different types of green tea grown and produced all over the world today. Green tea is primarily produced in China and Japan.

Technically any type of tea (white, green, yellow, oolong, black or pu-erh) originates from the same exact plant – Camellia sinensis. It’s the variety of tea plant and how the plant’s leaves are processed that define if a tea becomes black or green.

Hundreds of cultivars and hybrid plants have evolved from these Camellia sinensis plant varieties over time. They contain about half as much caffeine as black tea (about a quarter that of a cup of coffee.)

Camellia sinensis sinensis is a smaller-leafed variety native to China that is typically used to make green and white teas. It evolved as a shrub growing in sunny regions with drier, cooler climates. It thrives in mountainous regions because it has a high tolerance for cold.

How green tea is made

All tea starts out green. The green tea process is defined by preventing oxidation, just like white tea. Stopping oxidation soon after harvest is what gives green tea leaves their bright green color and their light, vegetal taste.

During the drying process, tea masters roll the leaves into pearls or long twigs depending on the green tea varietal.

Brewing tastes will depend on many factors:

Buy tea from a reputable company that can tell you when and how the tea was processed and packaged. And ask your tea purveyor for directions on how to brew the particular tea variety.

While tea won’t ever really go bad, it can get stale. Since green tea is less oxidized than its black tea cousin, it is technically fresher and more delicate. So it should be consumed more quickly for maximum flavor – best consumed within 6 months to a year of purchase.

You should also store your green tea in a cool, dark place, away from light, oxygen, moisture, and fragrant pantry companions like coffee or spices.

Depending on the variety and type of green tea, each type may have different brewing temperature and steeping time instructions. Ask your tea vendor for brewing tips if the tea package doesn’t have specific instructions.

The common types of green tea

Like all drinks cultivated from caffeinated plants, however, a specific level of caffeine per cup of green tea is hard to define as it will depend on the type of green tea as well as how it was processed and prepared.

Green tea is the most heavily studied type of “true” tea, and research is overwhelmingly positive.