What’s so special about Japanese Whisky? 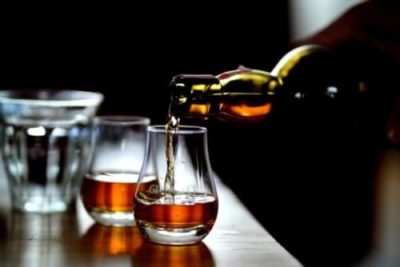 What’s so special about Japanese whisky?

What’s so special about Japanese whisky?  Japanese whisky (spells like Scots!) has gained popularity and awards globally. Its high demands drive up the price crazily and make it so hard to get – even for the restaurants.

Japanese whisky is modeled after the scotch tradition: double distilling malted and/or peated barley – before it’s aged in wood barrels. While the sweeter American bourbons and ryes, tend to be drier, smokier, and peatier, and come as single malts or blends.

In fact, Japan is the world’s third-largest producer of whisky behind the Scots and the Americans. Beating the Irish! What’s so special about Japanese whisky? Let’s dig in.

Japanese water is quite clear to make the whisky. Great quality is a “must” for Japanese whisky.

The Japanese climate is more similar to the states of Kentucky and Tennessee than those of Scotland or Ireland. Japanese summers are much warmer than Scottish ones. The temperature in the mountains, where whisky is stored in warehouses for aging, often hits 35C. But the winter temperatures are cold. The extreme temperature fluctuation gives the whisky a much deeper and faster maturation.

No sharing the stocks

Japan’s distilleries are mostly owned by 2 companies – Nikka and Suntory. Unlike Scottish distilleries, Japanese whisky companies don’t share their whisky stocks, when producing a blend. It means the innovation must come from within.

However, it works out because 2 companies own distilleries in different microclimates all over Japan. Making a blend just means getting whiskies from one of your distilleries to another. This is one of the biggest reasons to make Japanese whisky so special.

People – innovation for perfection and attention to details

There’s a big difference in the distillers’ approach to the production. Scottish distillers focus on “consistency”, not innovation, and smokey peat bombs. While the Japanese focus on refining for perfection.

The production follows after the fashion of Scotch (especially Lowland and Speyside, with some exceptions). However, it’s not bound to any hard and fast traditions of Scotch. Each distillery produces a broader ranger of flavors and styles in the whisky for innovation. For example, a bottle might have anything from vanilla, spice, malt, nuts, and fruit, smoke, herbs, citrus, honey, etc.

They achieve this by having different shapes of stills, using different types of yeast for fermentation, using mixes of barley and other grains, and experimenting with cask maturation. Hence it’s not very difficult to pin down a Japanese whisky style, though there is a general emphasis on refinement and texture.

Japanese distillers pay attention to their customers. In Japan, the consumers want whisky with ice, or with water. It means Japanese whisky needs to be quite strong for diluting. Also, the Japanese palate is quite high – there is an expectation of high quality. Suntory has a team of 5 blenders. They taste 25,000 whisky samples a year to check the quality and modify the recipe, if necessary.

The history of Japanese distilleries

Japan has a relatively short whisky-making history compared to Scotland, Ireland, or America. In fact, Japanese whisky does have almost 100 years of history since the foundation of the first single malt distillery at Yamazaki in 1923.

Suntory originally offered an alcoholic beverage called Akadama (sweet wine). It was a huge success for the company and continues to be produced today.

However, Shinjiro Torii (the founder of Suntory) wanted to create a Scotch-style whisky that suited the Japanese palates. He also wanted to move forward with the establishment of Yamazaki Distillery, despite the opposition by his business partners.

However, Japan didn’t have technology nor knowledge of whiskey production back then. So, Shinjiro Torri sent Masetsaka Taketsuru (known as “Father of Japanese Whisky ” later and a founder of Nikka), to Scotland in 1918.

Taketsuru studied organic chemistry and gained as much information and experience about the Scottish whisky industry as possible. After 3 years of working at distilleries in Scotland, Taketsuru returned to Japan to build Yamazaki with Torri.

In 1929, Torii created the first whisky from Suntory called Suntory Shirofuda (“White Label”). But it turned out to be unsuccessful because it didn’t fit the tastes of the Japanese consumer. “Suntory Shirofuda”, tasted too much like Scotch — too peaty, too smokey: it wanted finesse. The second whisky released from Suntory was the Suntory Kakubin. It’s the most popular whisky in  Japan: It’s light, punchy, and floral, the baseline for all Japanese whiskies to come.

To spread their passion for Japanese whisky, Suntory opened whisky bars around the country in 1955. In 1970, Suntory revolutionized the whisky culture by creating the “Mizuwari” (water + whisky drink). By diluting it with water, Suntory made it easier for the Japanese consumers to drink whisky with a meal: that’s the way many Japanese consumers enjoy the whisky daily.

The Japanese industry really boomed in the 70s and early 80s, when imported whisky ( from Scotland, Ireland, and the USA) sales increased tremendously. Numerous new distilleries were built and some sake distilleries and companies were also converted to making whisky to meet demands.

By the end of the 80s, the whisky industry in Japan struggled. Hence, a number of distilleries were closed due to the increase in cheap imported whiskies and a hike in Japanese alcohol taxes. This made the Japanese whiskies very expensive in comparison to overseas competitors and sales crashed.

While researching about Japanese whisky, many people mentioned Bill Murray. In the 2003 movie “Lost in Translation”, there was a scene where he was shooting a Suntory whisky commercial in Japan.

Why is this setting interesting? Back then, getting commercial deals on TV (or any other form) was a big taboo for big Hollywood movie stars. However, many of the big actors did it outside of the US assuming no Americans would watch them. The movie scene really described the background well.

In the scene, as the actor Bob Harris (a tuxedoed Murray) turned to the camera saying “for relaxing times, make it Suntory time.” The commercial director didn’t like how the actor said it and directed him how he wanted it in Japanese.

However, the Japanese translator omitted a lot of what the director said and translated badly to the actor. So the actor followed the bad translation and wondered the reasons why he had to do the take a lot.

The director got frustrated more since the translator didn’t communicate with the actor with a proper translation. I think the scene would be much funnier if you could understand Japanese. It was one of the memorable scenes for his movie career.

The movie was a huge success and many people watched it. Although Suntory whisky has been produced in Japan for a long while, the average Americans didn’t even know the existence of Japanese whisky – till the movie came out in 2003.

Nowadays, many people still remember the “Suntory Time”.  The scene might have made more lasting impacts on Japanese whisky sales in the US than a century of quality products.

The reasons why the prices rise

It is simply not enough supply to meet the growing demand.

Although Japanese whisky has a long history, the Scotch style whisky started in the late 1930s. By the 80s, other alcoholic drinks such as beer and shochu took over the popularity of whisky. The decreased demand made many distilleries closed and dramatically cut the amount of production. To make the matter worse, many of the best bottles require an aging time of between 12 and 30 years. Simply not having enough whisky.

Nikka Whisky From the Barrel, packaged in a sleek bottle, is doing especially well in Europe. Japanese whisky contributes to 5% of all worldwide whisky sales. This helps to sustain 8 operating whisky distilleries, including the original Yamazaki and Chichibu. The first new distillery in Japan since the 70s and which opened in 2008.

Nikka Whisky, a unit of Asahi Breweries, froze its overseas expansion in 2014 because they find it impossible to keep up with demand. In 2019, Suntory discontinued two of its most popular whiskies: Hakushu 12 Year and Hibiki 17 Year. Experts say it’d take another 10 years to catch up with the demands.

Another big impact on the Japanese whisky would be by Jim Murray’s Whiskey Bible. He announced Yamazaki single malt sherry cask 2013 from Suntory as the best whiskey in the world! This is the first time in 12 years not a single Scottish whisky made top 5 rankings in the bible. The next year Hibiki 30 years took a trophy at the same whisky competition.

Japanese whisky is winning accolades from around the world. It often beats the products from Scotland its makers set out to emulate. Hence the demand is skyrocketed!

The increase of collectors

Is Japanese whiskey the same as Scotch?

As with malt whisky in Scotland, malt whisky in Japan is double distilled in copper pot stills. Also as with Scotland, grain whisky, which incorporates any other grain in addition to malted barley, is produced and is made using column stills.

A single malt whisky, whether in Japan or Scotland or the United States, is a 100% malted barley whisky made at a single distillery.

In Scotland, each malt distillery produces essentially a single type of whisky. They may age it in assorted different barrels and put it to use in all kinds of different ways. But it all starts life as the same distillate. If production needs to increase, they buy new replicas. But not larger ones and not ones of different sizes or shapes. A blended Scotch may then incorporate a handful, but potentially dozens of whiskies from different distilleries. Which pulls in all of the specific and distinctive qualities that each distillery is known for producing.

In Japan, the large whisky companies essentially do all of that in the house. At Yamazaki, they have 7 unique sets of stills, capable of producing a full portfolio’s worth of different styles. Therefore, even a Yamazaki single malt incorporates whisky made from those various shapes and sizes. Which produce whiskies with different characteristics.

Taste: Japanese ones are more aromatic, lighter and in more different styles than Scotch. While Scotch has much more smokiness and peaty than Japanese ones.

The Features of Japanese whisky

Save
Author: Kiki
Filed Under: DRINKS / ALCOHOL
Tags: alcohol, drinks, whiskey
This is the reasons why tequila and mezcal are so expensive
How to cure Hangover: 7 causes, 15 prevention, & cures (a lot)