This is the reasons why tequila and mezcal are so expensive 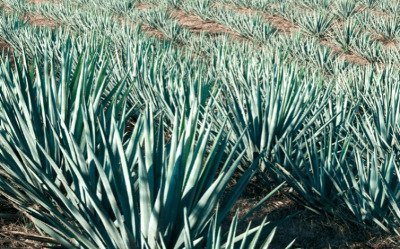 This is the reason why tequila And mezcal are so expensive. Mezcal is gaining more popularity now, but many people don’t seem to know what’s the difference between tequila and mezcal. So, let’s dig into the differences.

This is the Reasons why tequila and mezcal are so expensive

Do you know the reasons why tequila and mezcal are so expensive? Both spirits use agave, that’s where the similarities end.

How about the taste? Mezcal has a lot of smokier nose than tequila.

How about the production? Mezcal takes a lot longer to grow. Additionally, it requires much more manual labor than tequila production. The higher price of mezcal is its reflections.

There are so many reasons why tequila is expensive. Body, flavor intensity, and overall sophistication increase (along with the value) as the quality level rises. You should sip a high-quality tequila like whiskey – you need to enjoy the quality. Shot should be done by only a cheap one. The pricing continues to rise due to the agave shortage.

Mixto tequilas: made with no less than 51% agave, with the other 49% usually being fermented sugar cane juice. It’s very sweet in both smell and taste. However, the flavor usually stops there: often harsh in flavor, burn on the way down, and thus are inferior to other tequilas – only good for cocktails.

Golden-colored mixtos are called joven (young) or oro (gold) tequilas and have oak flavoring and coloring added. The reason these are made in the first place is because they’re affordable to make for producers and, cheap for the consumers.

“100% agave:” this means that the tequila in question was made with only blue agave.

Mezcal is one of the most difficult alcoholic products to make in the world. There are so many uncontrollable variables that affect the outcome of the spirit: weather, wild yeast for fermentation, the wood to cook the agave, the cooking time, etc.

The agaves used to produce mezcal take a lot of time to grow.

Mezcal is hard to reach

Most of the Mexican states where mezcals are produced are some of the most remote in the country. When traveling to the distillery, there’s a point when you have to park your car and hike the rest of the way in. The terrain is so uneven that they don’t even have a tahona. Some producers only make a couple of hundred bottles, or fewer, at a time. So, they must be packed in a container with multiple brands of different mezcals to get them across the border, which drives up the cost.

How should you drink?

Tequila has gained popularity as a margarita. The tequila shot became stable for college kids. I highly recommend you to sip some of the quality tequila like whiskey. You don’t want to miss the taste quality.

Traditionally, Mexican people enjoy it with a slice of orange and worm salt. Nowadays, you might find that “worm” – a caterpillar in some of the least expensive bottles. Lately, bartenders have embraced mezcal in traditional and modern recipes.